I started using Markdown very recently - when I moved my blog from Wordpress to Jekyll. At first it seemed difficult, but once I got used to it, there was no going back. At first, I used Sublime Text to write Markdown. It was kind of OK, but there was something missing. I eventually used Atom and Visual Studio Code too. They both worked pretty good, as far as features are concerned.

Then I saw this beautiful little app called MacDown. And I knew it at the first look itself that this is the one I've been looking for. :P

But seriously, this one is good. Pretty good actually. Better than any other Markdown editor I have used.

This is a screenshot of the app. 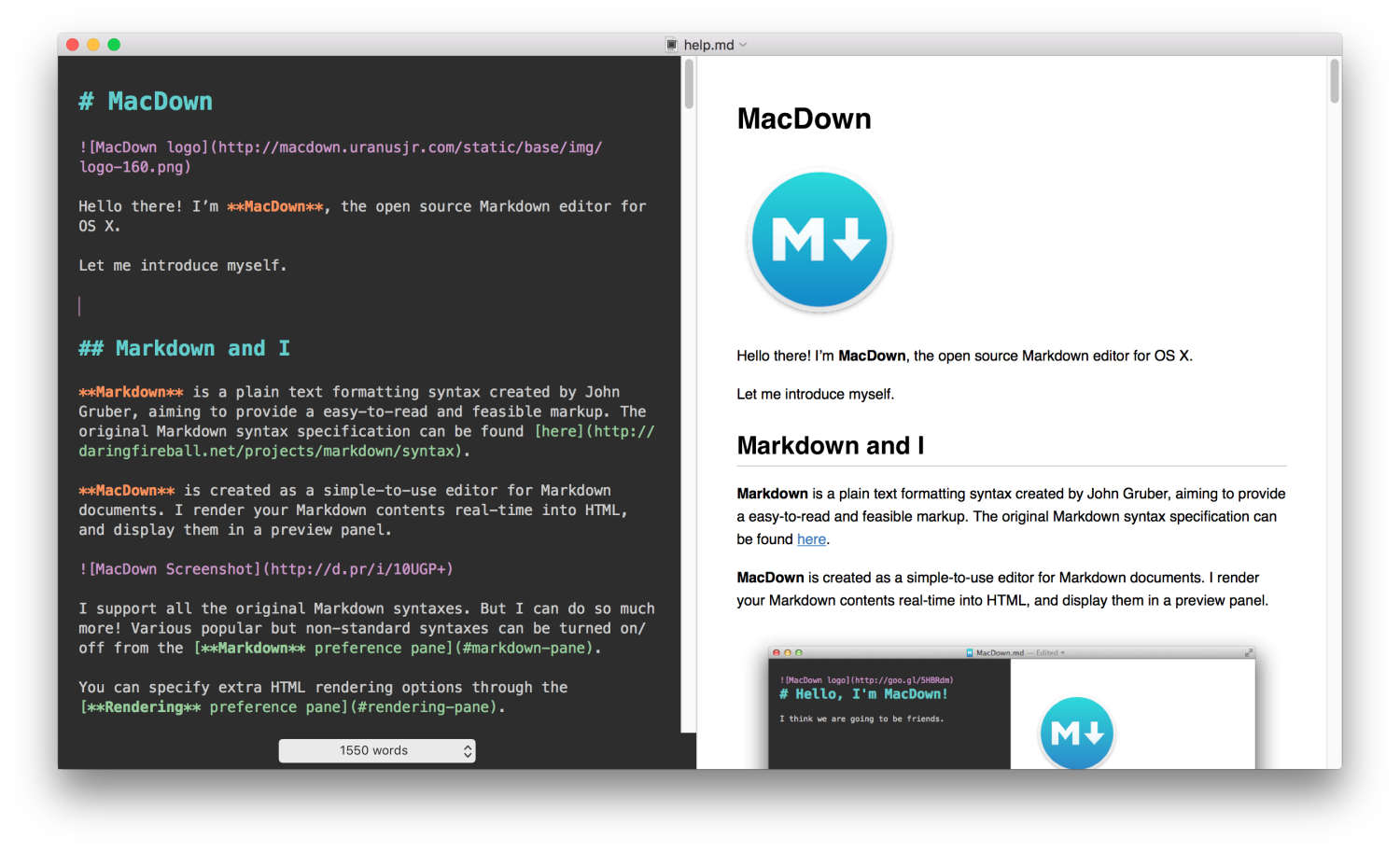 Go on and give it a try, HERE